The Tuskegee Airmen were the first black military aviators in the U.S. Army Air Corps (predecessor to the modern-day U.S. Air Force) and an essential part of World War II.

In 1941, the U.S. Army Air Corps was a segregated part of the military. But with the threat of World War II at hand, African Americans were then trained as pilots and mechanics. The new air base at Tuskegee, Alabama became the center for the training program of black air personnel. These airmen served in North Africa, Sicily and Italy during the war. Their contributions to battle and sacrifices were essential to the war efforts, and later contributed to ending racial segregation in the American armed forces in 1948.

Read more about the incredible legacy of the Tuskegee Airmen here: https://www.history.com/topics/world-war-ii/tuskegee-airmen

Families of WWII Veterans is Proud to Support Legislation Honoring All War Heroes, Including Cpl. Waverly B. Woodson Jr.
Sept. 11, 2020

Cpl. Waverly B. Woodson Jr., an Army medic in the only African American combat unit to storm the beaches of Normandy on D-Day, is one of an untold number of Black service members passed over for the Medal of Honor. Of hundreds of thousands of Black Americans who served in World War II, not one was awarded a Medal of Honor at the time.

Recently Congress unveiled bipartisan legislation to authorize President Trump to award the Medal of Honor to Woodson 15 years after his death. Families of World War II Veterans believes all war heroes should be honored for their valiant efforts and sacrifices during the war and historical records should be corrected to honor their contributions.

Families of World War II Veterans held its annual golf tournament and fundraising event at Old American Golf Club in The Colony, Texas on Thursday, November 7. This year's tournament was presented by MetLife, where special guests and veterans attended to give, golf and honor our World War II veterans.

Give, Golf and Honor Our Veterans - Hosted by Families of WWII Veterans
January 1, 2019

Families of World War II Veterans celebrated its annual golf tournament and fundraiser Thursday, November 8, 2018 at The Tribute in The Colony, TX. This year's tournament was presented by MetLife, and a record number of guests attended to give, golf and honor our World War II veterans.

Give, Golf and Honor Our Veterans - Hosted by Families of WWII Veterans
November 5, 2018

Families of World War II Veterans will hold its annual golf tournament and fundraiser at the The Tribute Golf Club in The Colony, TX on Thursday, November 8. This year's tournament is presented by MetLife, where special guests and veterans will be in attendance to give, golf and honor our World War II veterans.

The University of Michigan football team visited Normandy to learn about the sacrifices of troops in World War II. They also took part in a special anthem ceremony before laying a wreath, complete with a block M, in front of the Spirit of American Youth Rising from the Waves statue inside the memorial.

Sam Bloch, the famous WWII resistance fighter and guardian of survivors' memory, passed away this month. He devoted his career to preserving the memory of Jewish Holocaust survivors around the world.

John Siret was metal detecting in Auckland, New Zealand when he found dog tags belonging to a WWII soldier.

A history class at Floyd Central High School is honoring local World War II heroes by creating a website for them.

Families of World War II Veterans will hold its annual golf tournament and fundraiser at the Old American Golf Club in The Colony on Thursday, November 9. The event will raise money for student scholarships and will be attended by guests from around the nation, including veterans.

Oldest Veteran of WWII is Still Alive and Well in Austin, Texas.
May 11, 2017

Richard Overton just celebrated his birthday making him the oldest living World War II veteran. The 111-year-old of Austin, Texas is now known as a super-centurion and has been around since 1906. He served in the 1887th Engineer Aviation Battalion from 1942 to 1945.

Clare Hollingworth, the reporter who broke news of World War II, died on Tuesday in Hong Kong at age 105. When her story broke in 1939, she was less than a week into her first job as a reporter for the British newspaper The Daily Telegraph.

Coinciding with the 75th commemoration of the attack on Pearl Harbor, non-profit organization Families of World War II Veterans is pleased to announce the newest addition to Frisco Commons Park: a Fly Boy statue honoring the veterans of World War II.

On May 23, 2014, members of the World War II bombardment group known as the "Doolittle Tokyo Raiders" were awarded a Congressional Gold Medal for "outstanding heroism, valor, skill, and service to the United States in conducting the bombings of Tokyo."

The Doolittle Tokyo Raid was an air raid by the United States on the Japanese capital of Tokyo and other places on the island of Honshu during World War II. It took place on April 18, 1942 and was the first air strike to strike the Japanese Home Islands. The raid was a secret to all involved, and the members of the raid were chosen by volunteering for a "dangerous secret mission."

Visit www.doolittleraider.com to learn more about the inspiring story of the Doolittle Tokyo Raiders.

Non-profit organization Families of World War II Veterans announced today its annual scholarship fundraiser will be held on the shoreline of Lake Lewisville at the majestic Old American Golf Club on Thursday, November 10, 2016 - the day before Veterans Day.

Nonprofit organization Families of World War II Veterans is proud to participate in the annual North Texas Giving Day, an online giving event for people to come together to raise as much money as possible for North Texas nonprofits in one day. Giving Day is Thursday, September 22, from 6 a.m. to midnight CT. 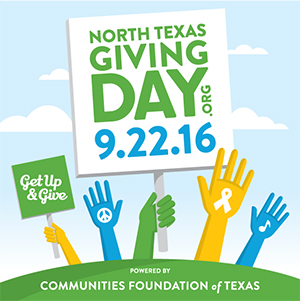 Families of World War II Veterans is participating in this year's North Texas Giving Day on September 22, 2016. Click the button below to learn more and to donate as part of this giving event.

We held a contest for the employees at Careington to name the new eagle statue that now resides in our lobby. HealthMarkets donated the statue, which used to call the HealthMarkets lobby home, to Families of World War II Veterans. We wanted our eagle to have a name that captured its significance, its spirit and both Families of World War II Veterans and Careington. For this, we turned to our trusted employees.

The results of the contest are in, and we're excited to introduce Norman D. Eagle. The name is a play on "Normandy," after the iconic Invasion of Normandy during World War II. Congratulations to Mark who submitted the winning name! 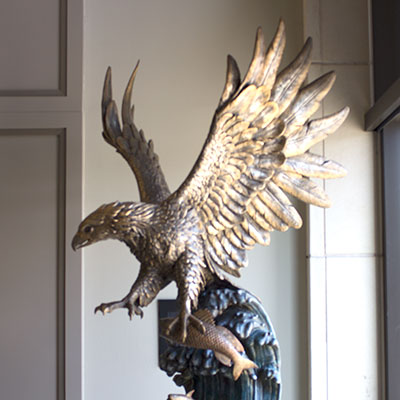 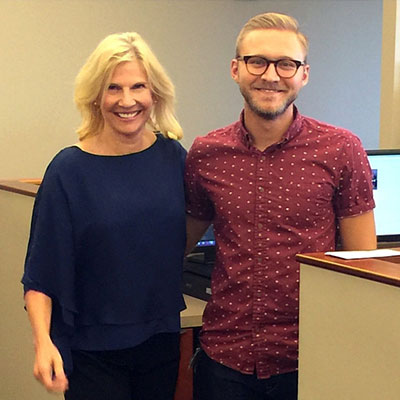 The Victory Belles perform for Families of WWII Veterans.
April 18, 2012

The Families of World War II Veterans foundation will host a gala titled, 'Casino Royale' at 6:30 p.m. at the Hilton Anatole in Dallas for veterans and their families.

(CNN) - For 70 years, survivors of the December 7, 1941, attack on Pearl Harbor have captivated listeners with their firsthand accounts, recalling buddies who died in their arms or the glasses worn by a low-flying Japanese pilot.

(CNN) - Don Price's passion for military airplanes flows through his veins, passed down from his father's stories of piloting Boeing B-17s in World War II.

June 6, 1944, 160,000 Allied troops landed along a 50-mile stretch of heavily-fortified French coastline to fight Nazi Germany on the beaches of Normandy, France. General Dwight D. Eisenhower called the operation a crusade in which "we will accept nothing less than full victory." More than 5,000 Ships and 13,000 aircraft supported the D-Day invasion, and by day's end on June 6, the Allies gained a foot- hold in Normandy. The D-Day cost was high -more than 9,000 Allied Soldiers were killed or wounded -- but more than 100,000 Soldiers began the march across Europe to defeat Hitler.

ARLINGTON, Va. - Frank Buckles was buried Tuesday with the pomp and ceremony befitting the man who outlived 4.7 million other Americans who served in World War I.

Following our harrowing day of bus rides in Honolulu, we set out early to spend the entire day at the Pearl Harbor Historic Sites. A recent renovation makes it super easy to maneuver all four of the sites. Two of the featured sites—the USS Missouri and the Pacific Aviation Museum

Just before Benjamin Klein's open-heart surgery, his surgeon told him not to be afraid. Mr. Klein, who is 90, scoffed.
"He said, 'There's nothing you can do that I can't get through — I've been through Normandy,' " recalled the surgeon, Dr. Leonard Girardi.

Claude G. Tyler never saw World War II end. He never came home to greet his parents, Crawford and Florence, never married his sweetheart, Ruthie, never had kids, grew old, retired or passed with the rest of his generation through the cycles of long life.